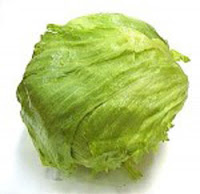 NEW YORK, July 5, 2008--Shawn and I went to the Park Avenue Christian Church, answering a call for volunteers from my church (Park Avenue United Methodist) -- for a lunch ministry program. Because of the holiday weekend, the organizers of the program were predicting a lower turnout of volunteers. So, since we don't really have people here in NYC and have been looking for ways to get active and out, we signed up.

We showed up at 1:30 (lunch began being served at 2), and were milling about, not sure how to get in the building. (There was a line of hungry people already.) Finally we got in, but it would have been VERY helpful to have more detailed instructions (i.e. enter through the Park Ave. entrance). So we got there and introduced ourselves, and were told there were too many volunteers so they didn't have a job for us BUT they would like us to stay and be "runners." As a one-summer waitress, I am familiar with the idea, and we were up for the task.

I was the "runner of the salad" and Shawn was the "runner of the chicken/tuna salad." There were others there who were in charge of running chips and cookies and bread. Unfortunately, they also ran the salad for me (and dumped salad out of one bowl into the next, letting the outside of the bowl touch the previous bowl's lettuce -- a really bad food violation, imho, ESPECIALLY when it was right in front of those being served...but no one flinched but me).

I did a few other things, racking and rolling extra silverware in napkins (really unorganized and mixed silverware). And we were a HUGE help cleaning up/breaking down tables and chairs. Many of the people eating were very clearly able bodied people, and instead of helping clean up or even just moving their chairs closer to the racks where we were stacking them, they watched me and some very small Asian women do heavy work. It was strange and struck me. However, the physical labor was nice, rhythmic and soothing.

But before the clean up, the salad was running low before they started allowing seconds. They were also running out of tuna salad (the chicken salad ran out first thing). And so the servers asked me to go make another bowl of salad. As I go back and start that, with the help of other excess servers, the chip/cookie runners practically jump down our throats and say no more salad -- they don't want to only have salad left/want the tuna salad and green salad to end at the same time. So we chop up the one head of lettuce we had washed and put the other three heads back in the giant fridge. Of course, after the line of seconds gets started and they run out of tuna salad, there are still hungry people who are wanting to eat green salad. But that's gone too (but not before I am asked why I didn't make more salad by the servers...to which I explained that others in charge (I thought they were in charge at least?) told me not to)... by that time the WEIRDEST thing happened -- the woman who seemed almost in charge of the operation had handed out the three heads of lettuce (which could have quickly been washed and chopped and added to the salad bowl to feed the rest of the seconds line) -- she handed whole, unwashed heads of lettuce to homeless people.

Shawn cracked up when I was telling him this (he didn't notice - but he's not a detail observant kind of guy)... because the thought of a homeless person being able to eat an entire head of lettuce before it went bad was slim to none - and seriously after just having a big lunch would they just munch on the lettuce whole? We didn't get it. And it was probably horrible of us, but it just struck me as funny.

When I was being asked for the millionth time about the salad - I told the server about the in-charge lady giving away heads of lettuce. The look on her face was PRICELESS and cracked Shawn and me up - so if nothing else we had a lot of good laughs that day! But we don't plan to go back. If I were going to volunteer in this capacity again, I would want it to be something a little more organized and clear about who is doing what, etc.

But for what it was worth, it was good. Hungry people were fed, and I held my tongue. :)