I'm a member of the United Methodist Church, which is a connectional church and has an itinerant ministry model. Our pastors are moved every so often. Except, of course, in the cases of big churches with big budgets, which get to decide how long they keep their pastors without interference from the regional bishop.

Our church is in the middle of such a transition. Our senior pastor left at the end of June -- moving onto a bigger, better church in New Orleans. Not by his choice, but gone nonetheless. We have a new lead pastor, a woman, which is incredible. But transitions are hard. I like her very much and think it will be for the best somehow -- she's here for this time and this place. But I hate change.

I hadn't been close to a pastor in many years. The last time I remember feeling this bad when a pastor moved on was as a kid when the pastor who baptized me (also a woman!) was moved. I got to see her a few more times during college because she was at a church close to there and I was able to visit her, and I'm sure eventually it wasn't a big deal to go to church without her being there.

But I hadn't opened my heart up like that since, in part due to self-preservation and also because I was the one who kept moving -- college, then grad school, then here for work and there for marriage. Finally here, to Baton Rouge, for my husband's job. I always attended churches -- United Methodist Churches in fact -- but I stayed away from the deep, personal relationships.

So I became more a part of this church, my current church, and work hard alongside the people and the pastor. I counted him as a friend in addition to mentor and guide of sorts. I also just really liked him, enjoyed seeing him at least once a week and hearing his sermons. And he LOVES my kids, which is probably the #1 way to my heart.

So I'm still processing the goodbye. And wondering if it's worth it to make myself open to that kind of pain again. It's one thing when I'm the one moving on and something else completely when I'm the one being left.

I don't know -- these thoughts are certainly diluted by the three weeks of time away from the old pastor and three weeks with the new pastor. And I know things are fine, or they will be soon. This isn't a crisis in the big picture. This just is the way things are...
at July 17, 2017 No comments: 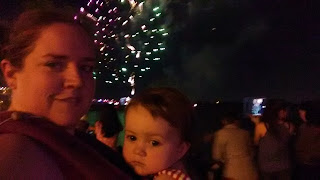 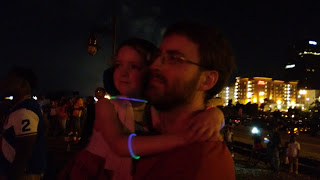