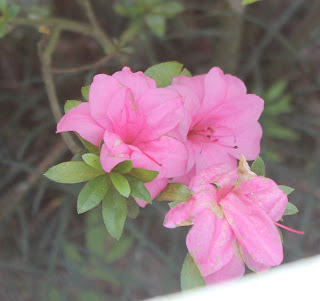 Totally weird, two months after all the other azaleas bloomed around town and our bushes in front are covered in blossoms. What the what?

I didn't take pictures at the height of the blossoms, mostly because they aren't visible from outside -- because of a green bush that's in front of the azaleas -- and also because pictures through the window are a little iffy (see zoomed in shot at left for what I mean). They're pretty though.

Email ThisBlogThis!Share to TwitterShare to FacebookShare to Pinterest
Labels: flowers 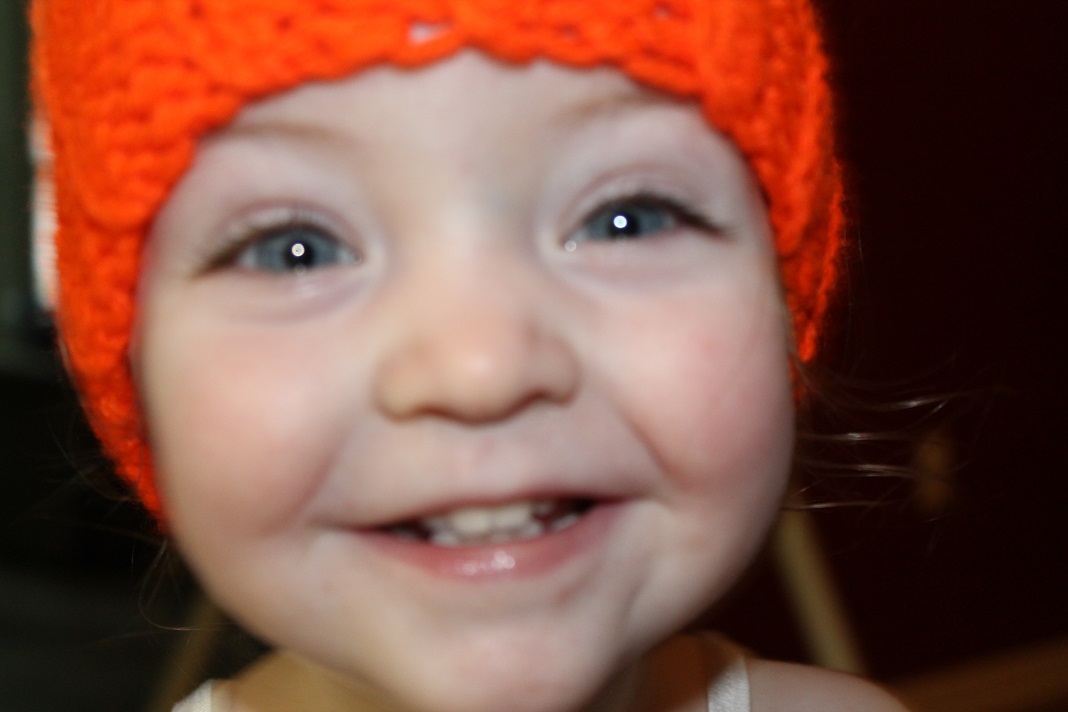 Although out of focus and wearing a weather-inappropriate hat, this might be my new favorite Jane pic. Look at that ridiculous smile! 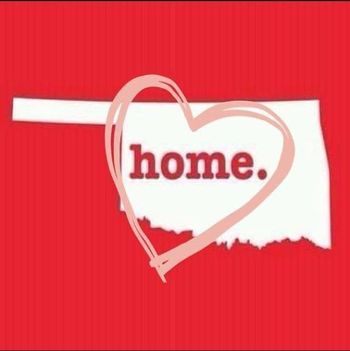 I have mixed feelings about writing about what happened in Moore, OK, this week. I grew up in Oklahoma, have family in Oklahoma and identify with Oklahoma, but I don't want to inappropriately attach myself to Oklahoma just because it's in the news. (Similarly I didn't write about Boston after the marathon bombings, or Connecticut shootings, etc.) I still feel like writing though and I'm going to focus on my own experience with Oklahoma weather rather than trying to have anything worth reading about what happened this week.

So growing up I did have experiences preparing for tornadoes -- but it almost seemed like a joke. My little town is situated on a hill, there are some low mountains to the north and another small town to the west. The weather almost always travels west to east, so it just seemed unlikely that our town would be hit. So far in my life it hasn't been. Knock on wood, cross your eyes, etc.

The town is so small that there are no tornado sirens -- at least there weren't when I was a kid. We just watched the news -- or listened to the radio if the electricity went out -- and packed a bag to take to the cellar. Most of my bags were full of toys. And it always seemed exciting.

As a teenager it really was a joke. I had told my then-boyfriend about how we prepared for tornadoes with frantic packing, and it struck us both as absurd and funny. If weather hit while we were at school the line would be "You better go pack your bags!" What lame teenagers who felt invincible I guess.

Anyway, once weather did hit while I was at school -- I was probably younger than a teenager, but I remember filing down to the basement-level dressing rooms with the rest of the kids. We were down there but oddly not scared. Probably because we were just kids and unaware of the risks. It was hot and stuffy in the dressing room (it always was, but we were down there a long time). There wasn't actually a tornado but high winds messed up the high school roof.

The cellar at our house seems really awful now -- it's probably half-full of water most of the time (except during the worst parts of the drought I guess) and definitely doesn't seem safe. I don't really make it a practice to check on it when I'm home. Creepy crawlies down there too!

I love rain and storms though, even though they are scary and powerful. I find them so refreshing and somehow comforting. But then I've never lost anything after a storm, and I can't imagine the depth of that pain.
at May 24, 2013 1 comment: 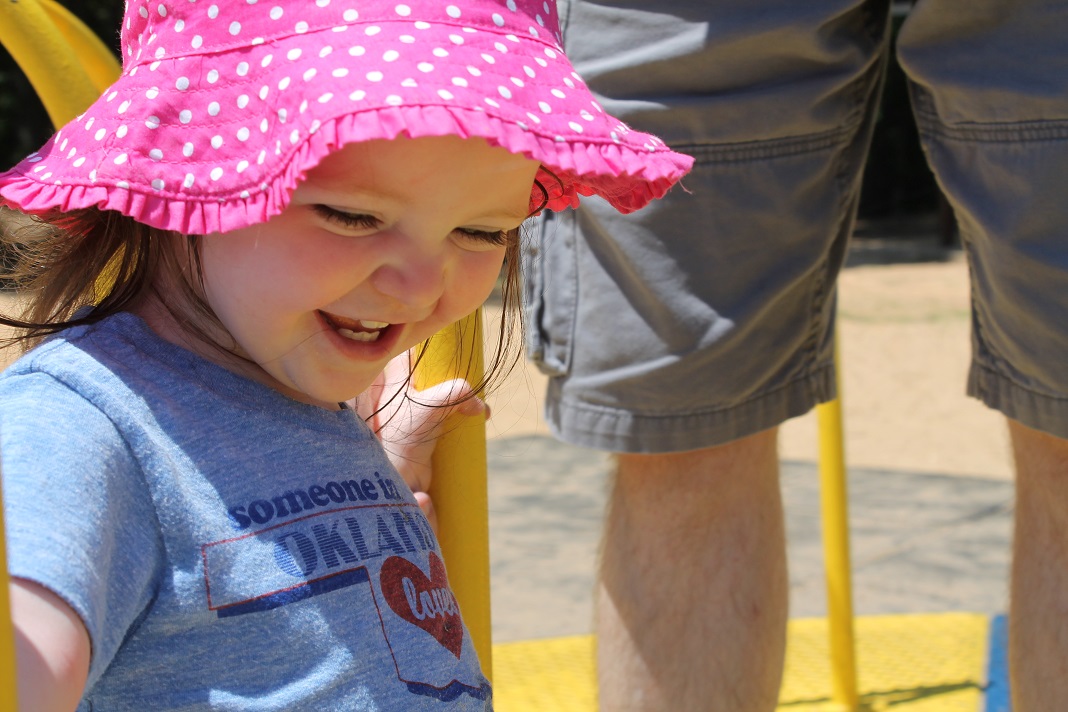 Christianity on The Mindy Project

I watch a lot of TV, and one show I actually really like is The Mindy Project. I like a woman-led project, and the show has laugh-out-loud moments and characters I care about (ish).

But recently there's a storyline with Mindy's "Cool Christian" boyfriend that has me scratching my head and wondering if I should stop watching. Instead I thought I'd just write about it.

Mindy has started dating a pastor, which on the surface sounds great. Christianity being portrayed in pop culture seems like a good thing. Christians are people too, etc. But the storyline unfolds bizarrely and in a way that is incompatible with my understanding of how Christians, particularly pastors, should believe (which flows into how I think they should behave).

Mindy goes to Pastor Casey's church service and watches as he is treated like a rock star in the pulpit (he wears a collar, and the sanctuary is typical pews and raised pulpit area, but otherwise seems like a contemporary-type service). I've never seen a preaching session or church dynamic like that, although maybe I'm just out of it/used to my traditional, methodical church experience.

But how Mindy and Casey's relationship unfolds is definitely weird when viewed through the lens of my expectations of Christianity and pastoral behavior.

There are sex scenes, including a shower one that would be funny if I weren't thinking about "what?!" He asks Mindy to convert to Christianity, breaks up with her when she won't and then changes his mind ("G" told him to make it work/that they can overcome the differences/that she's the one/etc.).

The season finale has Casey deciding to go to Haiti for a year and inviting Mindy to go with him. They're going to live together in a tent for a year -- with plenty of "making love" as he calls it. WHAT?! Would a mission trip anywhere be like that, with unmarried people living together as if it's not a thing?

So I still haven't decided what I think, other than "HUH!?!?" I also know that TV is not at all representative of what life actually is, so maybe that's just what this is? But it still bothers me more than any other ridiculous storyline on TV.

What do you think? 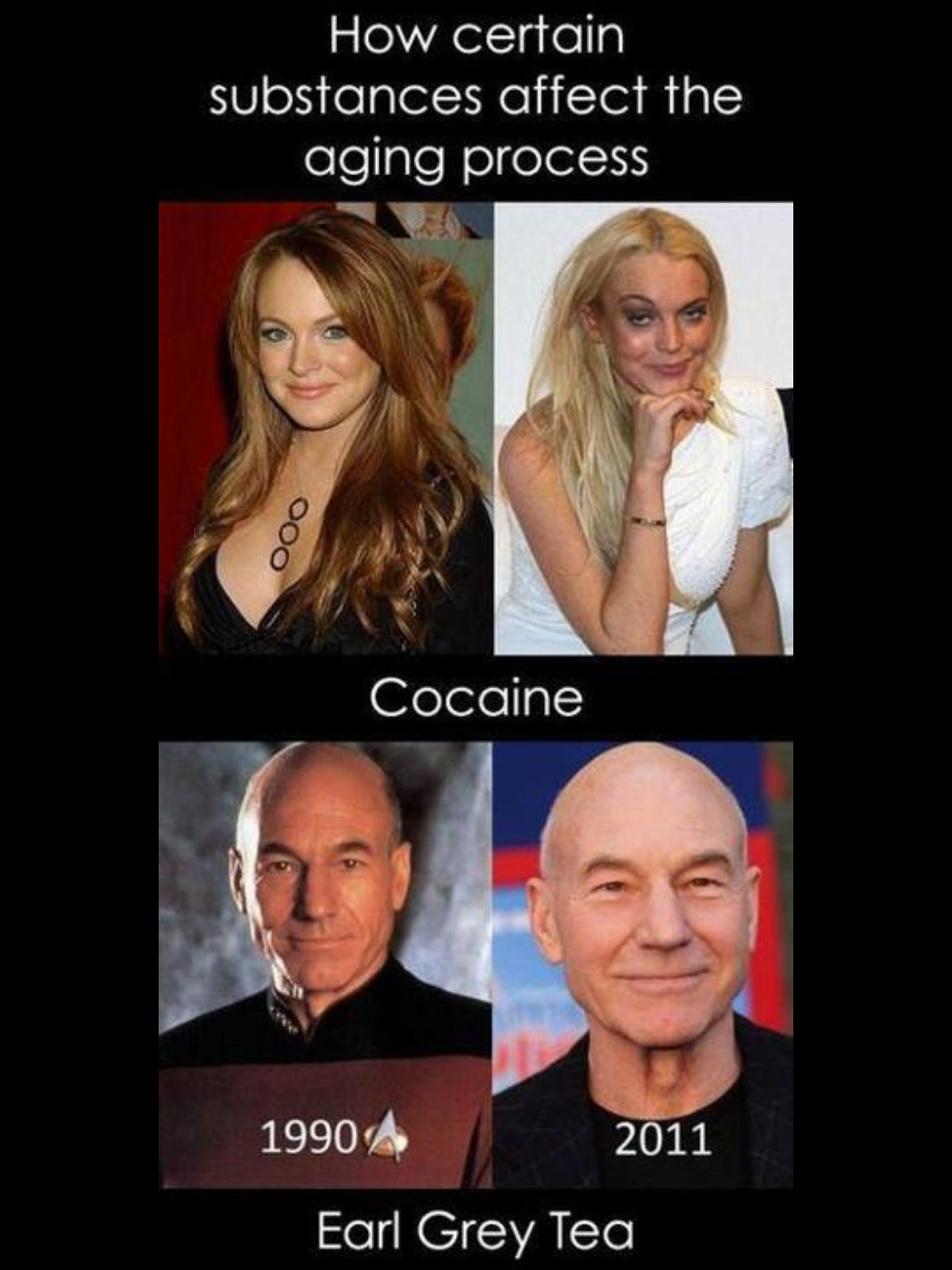 We took a road trip this week -- going home to see my family for Mother's Day. We had a difficult time finding playgrounds to stop at along the way, although we did find three eventually: one in Denton on the way there (no shade, and Jane got a small burn on some of the equipment!), a really nice shaded one in Mesquite on the way back and one in Shreveport on the way back that was partially shaded so she could only go down one of the five or six slides (we stopped at a non-playground park in Shreveport on the way there and tossed a ball around).

A friend told me about an app you can buy in the App Store for Mac, I think Ontheway or similar, but it's $5 and I don't have an iPhone/it wouldn't work without wifi on the road on my iPod. And I'm still "old fashioned" in liking to work things out on a big screen/use my keyboard and mouse. What a fossil, right? (I'm also CHEAP.)

I did find a website called Waypoints (which I'd never heard of as a term for places to stop along the way but which Shawn used in a non-website context), but the site was wonky and incomplete. I didn't get any useful information from that.

Anyway, Shawn did most of the work after I did some googling. He used satellite images to confirm which parks actually had playgrounds. We'll be making the trip again I'm sure, so we've saved the info and will hopefully find more to expand our options for places to stop that are kid friendly to get out the wiggles. Shawn's already spotted another park in Alexandria that has a splash pad of some sorts that could be really fun in the heat.

It just seems like it should be easier and that information should be available. I guess most people just stop at McDonald's and let their kids play there? I'm sure we would do that if it were raining or something.

I tried to pay attention to our surroundings while I drove, and I saw a water park in Canton, TX, that seems like it might be about halfway -- maybe my sister and I can meet there someday with our kids for a fun summer trip!
at May 18, 2013 No comments:

I went to the dermatologist last week. I hadn't been since our move here and the last time I had been dealing with beds bug skin effects.

This time I had a skin check and asked about what I thought was a skin tag in the corner of my eye.

Skin check was ok. Nothing dangerous yet. (I am young, no guarantees against future problems, etc.) But she was very critical of my arms, which "have seen enough skin damage for a lifetime." Lovely. They are quite freckled. I gotta get better about sunblock. I wrestle it on Jane more than I do myself!

Anyway, the skin tag was diagnosed as dry skin or sub? dermatitis. She gave me some hydrocortisone cream to dab on daily after cleaning. It looks and feels better but I swear I still see a skin tag that will keep cracking.