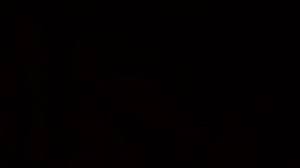 This wasn't what anyone expected, and certainly not the post I want to be writing.

Telling Jane that Hillary lost was a hard thing to do. She took it better than I expected, probably because she's five and it doesn't really mean anything to her.

But it meant a lot to me.

And someday it will to her too.

Because a vote for him was a vote for misogyny, sexism, racism, xenophobia and hate.

I honestly don't know how I'm going to face people knowing their support for the president elect and delight in his election when his policies are in direct opposition of my daughters' best interests.

I am afraid for the future, but there's not as big a risk to me, being a white woman married to a white man with a professional career. But I am even more afraid for others whom the president elect has threatened with his rhetoric.

Today I got to work with the new communications director at church to film our pastor -- he did a new welcome video and some short Advent-series promos. (I was there just to train her on using the camera.) Advent season is so needed -- and the topics we'll be covering and he'll be preaching on sound like the balm my soul needs.

"To all the little girls watching...never doubt that you are valuable and powerful & deserving of every chance & opportunity in the world."
— Hillary Clinton (@HillaryClinton) November 9, 2016