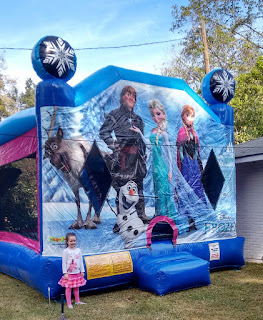 We survived Jane's fifth birthday party. We have only had small parties in previous years, and this was the first time we invited her whole class. I didn't get RSVPs from most kids, but six families came (some with siblings) and a couple friends we know from other places. So we had about 18 kids and at least that many grown ups.

We ate about half the cake, and only a few cupcakes were eaten. I was surprised that some of the kids really did say they didn't like chocolate!

Jane got some nice presents, but about three of them didn't have "from" tags on them, and she started opening them after some people had already left. Ugh. I am very into Thank You notes, so it's going to be difficult. I don't think everyone brought a present, which is perfectly fine, but I won't know who to thank and for the people who didn't put their name I'll have to say "thanks for coming to my party" instead. Them's the breaks.

My feet hurt so bad, even though I didn't leave our house today. I was on them for hours doing things during the party, helping kids, etc. And for at least half of the party I had Livia strapped to my back. She actually really likes it and fell asleep for a while. It's much easier on my back than carrying her on the front for some reason.

The bounce house was a huge success, and Jane loved it. She was sad when the guys came to pick it up. It was huge and had a slide and basketball hoop (we took her ball from her Little Tikes goal and it worked great). Some friends stayed after the party, so she had friends to bounce with for a couple more hours. I'd say she bounced at least 4 of the 6 hours we had the bounce house, so she is completely wiped out.

MAYBE she'll actually sleep the extra hour from DST ending? One can hope. (Well, two can hope actually since I'm sure Shawn would like that too.) There's probably no help for the baby, and we'll be up at 5 instead of 6 tomorrow.

I'm still going to stay up and watch Benedict Cumberbatch on SNL tonight. Zzzzzz...
at November 05, 2016