What I Watch: Parenthood 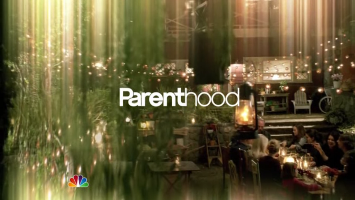 Here's a show I have watched from the beginning (2010), although I'm not sure WHY I chose to watch it.

Maybe it was Lauren Graham, because I loved Gilmore Girls back in the day (until the awkward weirdness with Luke and his suddenly-have-a-teenage-daughter-of-his-own storyline).

Also I think the people who made Friday Night Lights are somehow involved because a lot of the same actors have shown up as recurring guest stars. But I'm sure I didn't know that when it started.

As the show's gone on though I think my favorite is "Crosby" played by Dax Shepard. He's the goofy younger brother who's cool and relaxed. In the beginning of the show he finds out he has a 5 year old son he's never met, and now he and the mom are married. Not sure how realistic that is, but I like it because I like the characters/actors together.

The characters do a lot of other eye rolling things, but it's a TV show so what do I expect? There's an awful lot of emotional turmoil -- affairs, cancer, infertility, adoption, etc. So it can sometimes make me cry (not every time, like someone on my Facebook said last year).

Basically this is another show I just watch because I watch. Maybe sometimes I think about "wonder what's going to happen with..." but usually it's just "oh hey, look what's on my DVR ... this hasn't been on in a while." And if it were pitted against another show for DVR space this would probably be the one to go. Not a real ringing endorsement I guess, but it isn't a bad show.
at November 10, 2012