went outside and almost got knocked over it was so windy. reminded me of oklahoma (wind sweeping down the plains and such).

webcammed with my mother-in-law for the first time and with Owen - he actually interacted and sang me the funniest song. 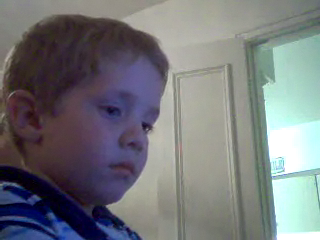 it was greek night at the gym ... or something. they were having crazy competitions, including tug of war. those were pretty hilarious.