They Named a Street After You

Just back from the voting place. An old man was pulling the "reset" lever between each voter, and when the other worker took my name said "They named a street after you." (There's a Walker Street downtown.) I just smiled and said, "Actually they named it after my husband. It's his name." Then the old guy kept talking to me but I couldn't understand a thing. Civic duty done though.

Last night's game was super fun. It was our first NBA game -- Knicks vs. New Orleans Hornets. Knicks won. We had trouble finding our seats, but we did just in time for the National Anthem. We took some pictures: 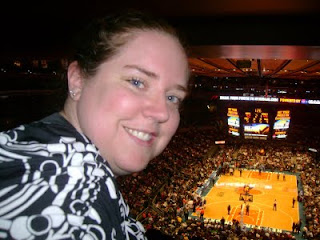 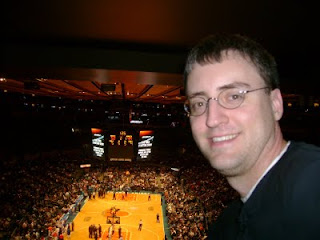 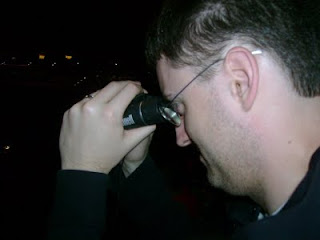 Shawn watching the City Dancers with the binoculars! 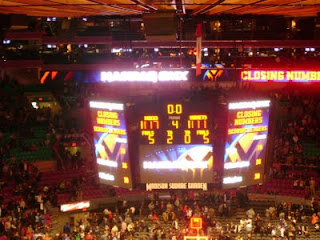 I think we'll have to go back some time. It didn't last too long, which was good, and basketball is entertaining. I wonder if Owen would like a sporting event like this. We were very high up though, so that might not go over well. Mario Batali, a Food Network chef and NYC restaurant owner, was the most famous person there. All the other celebs were at the World Series I'm sure!

I love these pictures. I wish I'd thought of taking pictures like this at events like this.