I attend a Bible study on Monday nights, and our leader is amazing. She asks really good questions, including great conversation starters like:

I've spent time thinking about those, so much that I remember them even months or more than a year later. And last night's question, while not a conversation starter but more of a heart starter, is still tumbling in my head.

What concrete difference in your life does knowing the end of your story make?

We all had to answer, and I rambled something about parenting/motherhood, how I don't think I'd want to be a parent without the end of the story, the Gospel, knowing and feeling God's love. What would be the point? It would be so hopeless and seem cruel.

I'm not sure that's what I really mean -- or my full answer or something. But I thought it was a profound question in any case and that you, my three or four loyal readers, might enjoy thinking about it for yourselves too.
at April 30, 2013 No comments:

For all the gretching about moms on the playground I do (and believe me, there's even more I could do), sometimes I actually LIKE other people.

There's a mom I have seen several times at the playground who has two children and frequently watches two others. Hers are 5 and 2, and she is so calm. She's younger than me but I know I could learn a lot from her just from what little I've seen of her parenting.

I love the way she speaks to her kids -- never disrespectfully but always clear she's the mom in charge. She gives them choices -- "we're not playing in the sand today, but you can choose what you'd like to play with next. do you want to swing? or slide? or ...?" It's just much better than my reaction of "NO SAND! ARGH! DIRTY! UGH!" She also plays WITH her kids and moves from pushing one to getting water for another, etc.

I don't even know her name (although I do know her kids' names), but I have gleaned some things about her, both in direct conversation and via eavesdropping (ask Shawn -- I pick up lots of info about strangers wherever we go). I know I just see a small slice of her life, but she seems pretty awesome in that slice.

Related: on Twitter someone sent me a link to a story about how making mom friends is like dating. I'm not sure if that Twitter friend reads this blog, but it would make sense, as she sent it after my mom gripe post. In any case, I haven't made it past first base with any mom friend, but I can't say I've actually tried either. Making friends is hard.
at April 29, 2013 No comments: 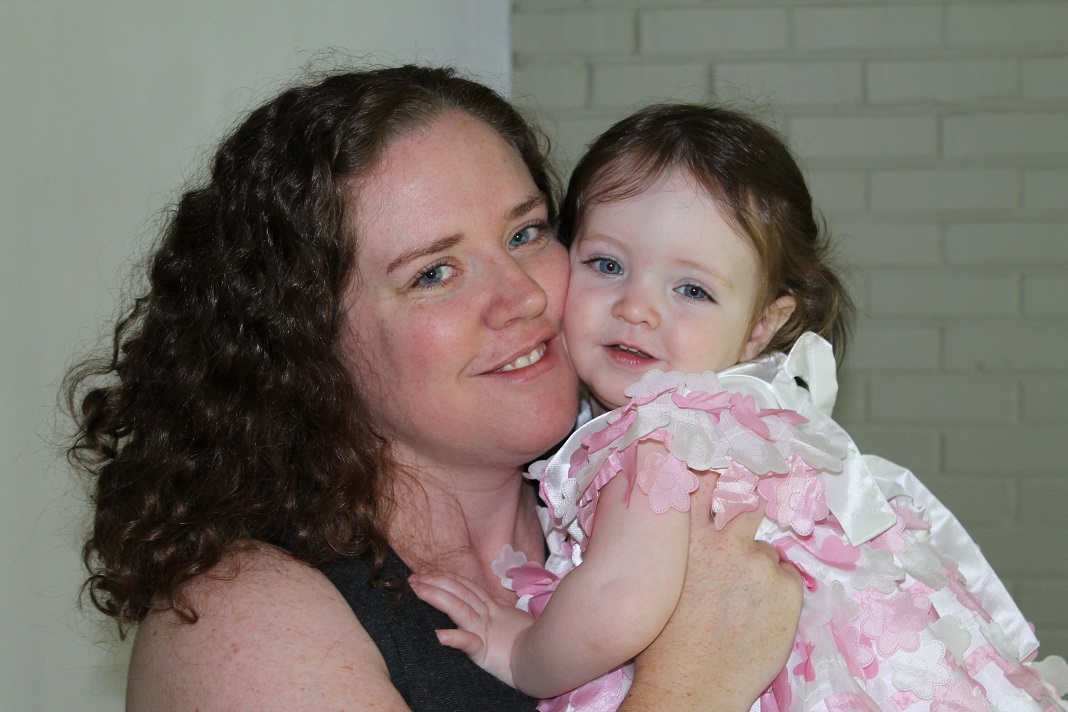 Yesterday I took Jane to the playground. Not an unusual occurrence. When the weather is nice we try to go once a day. I'm not sure if I'll manage that schedule once the temperatures soar, but I digress.

We got to the park -- a short walk away -- and there are a few other families there. Two moms with three kids between them have passed out those rocket-shaped ice pops that are startlingly red, white and blue. 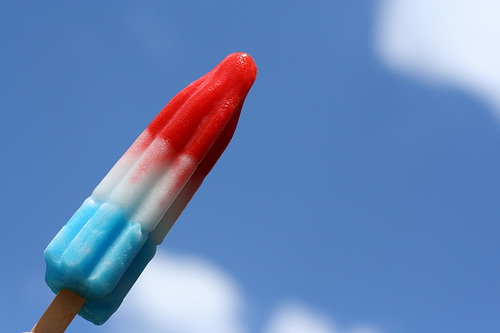 It was very warm yesterday, and the popsicles were melting everywhere. While the moms lounged in the shade, the kids were carrying their melting messes of corn syrup and food dye all over the playground equipment.

I did have some wipes in the stroller, thankfully, so I wiped away in front of Jane while she climbed to the slide (and I was only half paying attention as I was invited to a new moms group by someone I knew who was leaving).

It was so stressful. Mostly the mess, but now that I think about it those sticks were a choking hazard. One of the kids is about 2 and another is probably younger -- about Jane's age. The oldest was 4 or 5 and talked to me while I cleaned -- saying her ice pop wasn't melting on the ground (it was just getting all over her hands and dress before it got to the ground).

The mess kept coming, as the kids stood and gaped at me, while the moms were oblivious. Jane wanted to swing after one time down the slide, so we did that while the other kids continued to get things messy and sticky -- not just the slides/climbing equipment but also several of the riding toys that are around the park.

The moms had a pack of wipes and cleaned up their kids a bit -- and finally told them "You've had enough. Three is plenty!" to much screaming and crying while the box with the rest of the ice pops was thrown in the garbage. But they didn't use the wipes to clean up the playground equipment. If it had been their stuff that kind of mess wouldn't have been allowed and the kids would have had to sit to eat, but since it's communal property who cares? (Their kids afterward got in the sandbox, so I can't imagine the mess their cars would be in ... or how they were going to get them cleaned up before going home since they were both driving luxury SUV type cars.)

I have seen these moms many times, and I know I'll see them again -- at the park, library, etc. So I couldn't bring myself to ask them to clean up the mess, in part because I knew I wouldn't be able to contain my venom. I really wish I had though -- even a simple "would you mind cleaning up the slides and tunnel? They're all sticky from the popscicles."

I did make a snide remark to a grandma who was pushing her grandson in the swing next to ours -- "I've never seen anything like this mess here." And she agreed it was ridiculous.

Thankfully Jane didn't want to climb anymore -- otherwise I would have had to waste more of my wipes cleaning up the gunk. Today it rained and rained and rained, so I'm sure everything will be unsticky when the weather clears and we next go to the park.

I haven't been keeping up with Good Reads, but I've been plowing through a few books -- mainly on my Kindle via the EBRPL Overdrive service. Here are quick hits about the last four books I've read (mostly this week, thanks to visiting childcare in the form of inlaws!):
I have a couple more books in my Kindle and a few things I'm still looking for that I'll probably have to get in hard copy at the library. I read The Paris Wife a couple weeks ago and am interested in reading some actual Hemingway (I have a feeling I've never actually gotten through any of his works entirely before). I've enjoyed a couple books by Jane Smiley, the 18th Stephanie Plum book, a couple by Laura Lippman one of which I loved (What the Dead Know), a bunch of David Sedaris and Billy Graham's Nearing Home on my Kindle. All free thanks to the library.
at April 06, 2013 2 comments: