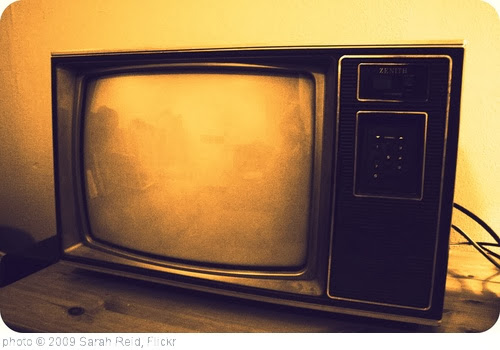 Jane doesn't watch television. She's never seen Sesame Street or Mr. Rogers or Thomas the Tank Engine (Owen's favorite!) or any of the new shows aimed at toddlers and preschoolers. (Through birthday gifts she was introduced to Lalaloopsy and Dora ... although we kind of nipped that in the bud, at least temporarily!)

If you had asked me even three years ago if I would have this parenting stance I would have laughed and said no. When Owen was a toddler I was the enabler to end all enablers and encouraged him to watch whatever he wanted and however much he wanted. It makes me sick now to think about it.

Shawn was right all along, as he's always been in the camp of limiting screen time (for everyone!). As we researched in preparation for Jane's birth and the responsibility of parenting I found myself warming up to the idea of no screen time until after age 2, as recommended by the American Academy of Pediatrics. I recognize my own dependency on screen time and want Jane to be a better consumer of media.

While we were on our trip a Common Sense Research Media Study was released about children's media use in the United States. I heard stories about it several times on NPR, so I assume it got coverage elsewhere too. Basically more and more kids are using screens and at younger and younger ages. No one knows what -- if anything -- this is doing to their developing brains.

Despite our decision to avoid TV Jane has never been entirely screen free. She falls into the 38% of under-2s who have used a smart phone (people at church have taught her how to use an iPhone, for example). We Skype with family and friends on occasion, and I am known to let her look through photos with me -- either on my iPod, the computer or camera. She also sees TV screens  in restaurants, airports, etc. (and knows to say "TV on!" with delight.) None of this causes me any pause, just as other families are completely comfortable with more TV time than we are.

Our decision against TV for now also has to do with my desire to avoid the inundation of advertisements in kids' media. Marketers are smart and can sell-sell-sell to everyone, especially impressionable young minds (and if we're being honest to this mama!). It's not only the sugar cereal/bad-for-you food ads shown on traditional TV aimed at kids. But it's also the overwhelming tie ins, which I'm afraid would lead to an even bigger "gimme-gimme-gimme" attitude than we might otherwise face.

Even Sesame Street, which Jane is familiar with through books/coloring books, children's museums and some toys, is selling, selling, selling. Elmo toys always seem to be on the hot list at Christmas, and Earth's Best food items bear his furry red face along with other characters. I buy some Earth's Best products, and Jane definitely prefers to eat something with a character on the package, and that's without even seeing the show. I absolutely believe Sesame Street is an educational program that adds value to kids' lives. I'm just not yet sure how to navigate the resulting "see it, want it, get it" cycle the branding can induce.

Jane is almost two, but we have no plans yet to introduce TV. But our decision is just that -- ours. And it in no way affects how I feel about others' parenting decisions past, present and future. Parenting is a tough road to navigate no matter how you look at it.
at November 07, 2013