A little project I did while we were in Berlin -- collecting letters in pictures. On my last day there I found a sidewalk keyboard installation where I got the umlaut letters and ß. Y was the hardest letter, and in the end I just snapped one that isn't the best quality.

This is a companion project to my ABCs of NYC, where I took a bit more time and cropped the photos to just the letters (so I could then theoretically spell out a name, say Jane). But for Berlin I didn't do it.

Also there was this picture of a subway ad that had all the alphabet in one spot: 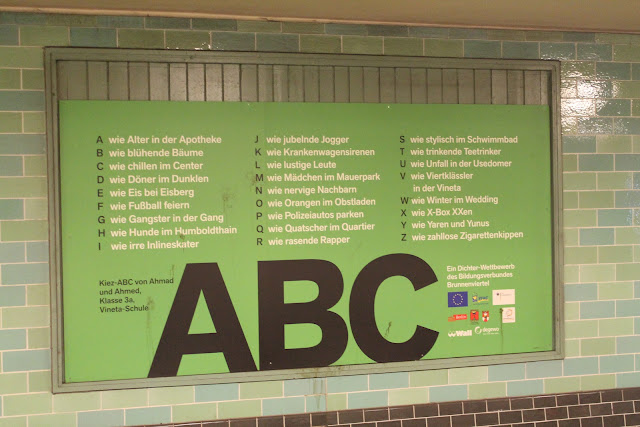