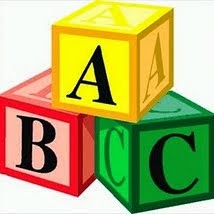 It doesn't matter who is talking to me or what their opinion is. Any mention of preschool or Jane's education otherwise is enough to make my insides seize up and my breathing to go shallow. Without being too dramatic I really want to avoid the whole situation.

When homeschoolers ask me about preschool and why in the world I'd think she needs that, I get defensive.

When someone asks me whether she's in a mother's day out or similar program, even if they are just making conversation, I get defensive.

When anyone asks about where we want her to go to preschool I just flat out panic in addition to being defensive!

I can't be the sole provider of Jane's education for sure, and I respect those people who are able to be that for their children. But I know that home schooling isn't for us. I don't know how to work the system in the Baton Rouge education market (and that's what it is, a market) to get into the "right" school, whatever that actually is.

I'm interested in Jane having a solid education, not socially climbing or trying to get into a school where she'll be among the elite/future power brokers of the city or state. (How weird is it to think of preschool as the precursor to that kind of thought?) I also don't want her to be in a failing school with ill-prepared teachers and unmotivated students.

A friend at church said he doesn't worry about his kids because he knows they're smart enough that wherever they get in their family will be able to make it work and they'll excel anywhere. Rationally I know that's true for Jane. But it doesn't stop me from fretting needlessly -- mostly needlessly because the fretting doesn't lead to any action, not that I'm aware of any action I can take at this moment anyway given that she's 2.

(I wanted to apply to an LSU lab school through the department of human ecology, but that website is gone and I can find no mention of it anywhere besides outdated preschool compilation sites.)

We're on the list for the university day care, so perhaps we should accept our spot when we come to the top of the list again. But that care is expensive, I can't imagine being away from her and there's no part-time option. Would I be ready to let her start when she's almost 3? What if I wait until she's almost 4? Is that too long to be out of the workforce?

And that's the rub -- while my panic about preschool and Jane does center on her well being and development there is a part of it that is about ME and my wants/needs and what's expected of me from some unknown (and perhaps imaginary) them.
at January 25, 2014

Here's a link to the (former?) director's LSU webpage. If anyone knows, she will.

Here's a link to the (former?) director. If anyone knows, she will.