Free TV is Not Frustration-Free TV 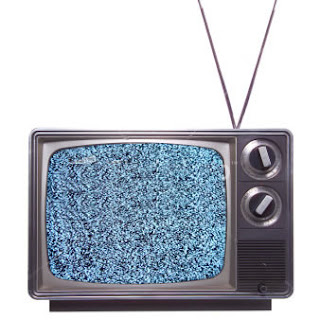 We've been without cable and DVR for more than a year, but we still had regular cable because the company never turned it off (we're still Internet and phone customers and overpay for that so I didn't feel too bad about that, although maybe I should?). It was just the basic 60 or so channels, and I'd watch the networks and maybe one or two others on occasion (big fan of Hallmark and Lifetime for Christmas movies, and I watched the heck out of Big Bang on TBS).

But now the cable company has started "transitioning to digital," which means if I were going to keep even the basic level of cable we'd have to get a digital converter box to somehow change the signal. I'd obviously have to start paying, and when I looked it up it's like $33/month. Well, I like TV, but not $400 per year without the ability to time shift programming. (See: cheapness in all my latest posts!)

The cable company is also in a fight with the local NBC affiliate, so that signal is blocked through our remaining wall cable channels. My mom had given us an indoor antenna to try when we initially canceled cable (I forget why she bought it - maybe for herself and it didn't work in Indy?). Last week The Black List (on NBC) was new, so I used that as a reason to give the antenna a try.

It works, and NBC is very clear as is Fox. I've been able to try a few times and get ABC, which is good because we like their weather guy (and making fun of their local news coverage - OMG). But for the life of me I cannot get CBS. All the stations are within 10-15 miles of us, and we can get some that are even farther away from the local CBS affiliate (WAFB if anyone is doing a search for "WAFB signal not working over the air" or something -- not that I have a solution yet). It has something to do with UHF vs VHF signal (VHF being weaker apparently, although the ABC station is that type too and I was able to eventually get it to work OK).

I want CBS for Big Bang Theory (new episodes) and the weekend news -- LOVE their weekend anchor, probably my favorite local reporter. Obviously I've dramatically cut back on my TV watching and shows I'm involved with - watching more with Amazon or similar. (Remember NaBloPoMo a few years back and I listed every show I watched as its own post -- that schtick lasted me nearly the entire month! Now it would be about three or four posts, so progress (?). )

ANYWAY, back to the actual problem - do we try another antenna, i.e. throw some more money at it? I can try to adjust the antenna a few more times (somewhere I read online that someone was able to get the signal by raising their antenna and the signal stayed even when they lowered it back). I know the channel (9) so I can just keep trying to force the antenna to search for it as I move it around, but so far it hasn't been able to lock on. If you're local and figure it out will you let me know?