What I Watch: Up All Night 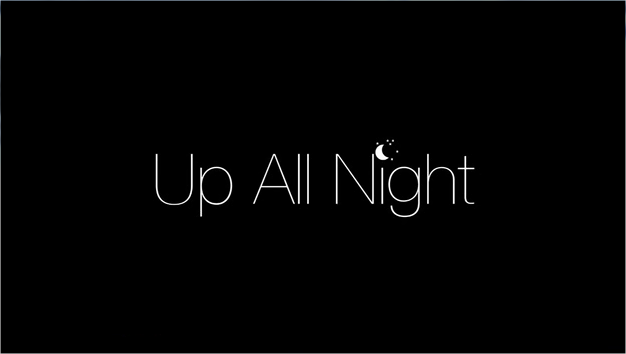 Let's see, a 30-minute show about new parents with a baby keeping them up all night that premiered in fall 2011 ... yeah, that sounds like something I would tune in for since I also had a baby keeping me up all night then. (In reality she slept great as a newborn ... it's now as a toddler that we're really losing sleep.)

This show stars Christina Applegate, Will Arnett and Maya Rudolph. They tweaked the set up of the show from stay-at-home dad to stay-at-home mom from season 1 (Rudolph being Applegate's boss on a talk show) to season 2 (Rudolph just being a wacky friend with no evident employment), so that's a little weird. It's not my favorite show, but I like the premise of seeing how a fictional family deals with a baby/kid.

(In real life Will Arnett is married to Amy Pohler -- of Parks & Recreation -- and they have two little boys. BUT they recently announced their divorce after 9 years of marriage and it makes me sad. Not all celebrity breakups make me sad -- Robsten, what? -- but this did. I have no idea what happened, obviously, but if I had to pick shows based on loyalty I'd definitely go with Parks & Rec. Not only is it a better show, but I almost always side with the ex-wife in celebrity breakups. Team Aniston! Wow, I am so lame.)

ANYWAY, on the show the baby's name is Amy, who is pretty much the most adorable baby ever ... I assume it's a set of twins, and if I saw them together it would be cuteness overload! On one episode Amy was unable to sleep anywhere but her parents' bed. The solution: put a pillowcase in her crib. Uh, maybe my baby's broken but that does NOT work for us. Jane mostly sleeps in her crib now anyway, but I wear a path between our rooms throughout the night as she wakes up.

Another episode, I think last season, has the family taking a cross-country flight at the last minute for a wedding. They're at LAX, the lines are long, Amy needs a diaper change so they do it in a security bin. Funny. Traveling with a baby is no joke.

And I'm about to do it today. This will be my first flight alone with Jane since she's been able to walk. I'm hopeful it will go OK, as they are two short flights. But she's heavier, we're both a little sick (so worried about her ears!) and we're both used to our routines. I've got my bag of tricks -- some new small toys, snacks, books (favorites and new) -- and hope that we can be OK on our way to OK. At least on the way back Shawn will be with us (he has a conference).

Anyway, Up All Night is a silly little show that isn't at all representative of life with a baby. They take some aspects of it and blow them out of proportion, which is exactly what a TV show should do I think.
at November 16, 2012