What I Watch: Criminal Minds 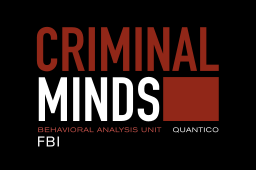 Another crime drama introduced to me by my mom. Surprise surprise. I remember watching it first at her house -- it was a two-part episode rerun that went late into the night. I was so tired the next day, and although I had avoided watching this particular show I decided I liked it and got sucked into the characters. I caught up on most of the back episodes via Bravo and Ion.

It's a show about FBI profilers who travel the country helping local law enforcement solve gruesome cases, usually serial murders or other psycho things. They're always on the hunt for an "unsub" or unidentified subject. And I'm pretty sure each main character has had a psycho out for him or her individually throughout the course of the show's run.

I can't believe there are really so many serial killers out there. Wouldn't there be more national media coverage of some of the gruesome things if the TV show were real life? Thankfully it's not, but ugh. Some of the crimes they solve (and they almost ALWAYS solve them/the criminals are all so dumb or unlucky) are downright horrifying. So it's not a show for kids.

I tend to roll my eyes when the profilers get everything about the unsub right with just a few guesses. I also take issue with how they popcorn around the room while they're giving the presentation to the local law enforcement -- seamlessly moving from one person to the next on a single thought. I can't believe that's how things actually work in profiling, and I know people can't give a multiple-person presentation like hat without practicing. But really, what do I know? I watch gobs of TV each week!

There was a bit of a hub-bub a couple seasons ago when two of the female characters were written off (and it seemed they didn't ask to leave). It became a sausage-fest with one female tech who gets limited screen time most episodes. Thankfully the writers/producers/whoever reversed that and there are two women back on the team -- one of whom is Jeanne Tripplehorn, so that's pretty cool.

My favorite character is probably Spencer because he's so ridiculous. He's a special agent just like the rest of them but he has a PhD and is somewhat of a prodigy so they always introduce him as "Dr. Reed." As far as I can tell he's not a medical doctor, so the Dr. courtesy title is way overdone. That's something that irks me every episode because there's ALWAYS an introduction scene.

Now the new character played by Tripplehorn (have no idea what her name is on the show) also has a PhD. But I haven't noticed them calling her Dr. Whatever. Such a weird and random and small thing for me to notice.

I also really like Joe Montagna -- he is pretty relaxed all the time. I think he comes off like he doesn't really give a shit, where some of the other actors seem to stay super intense all the time. Maybe that's just part of how their characters are written though.

A lot of scenes on this show are DARK. I don't have a big TV so sometimes I can't see anything that's going on, and that's frustrating/annoying. But a minor issue I know and one that could maybe be corrected with a bigger TV. Meh.

If I watched more TV this is probably one that I could watch reruns over and over because it isn't mentally taxing to watch, especially when you've already seen most of the episodes and have a general sense of how the main characters' personal story lines have evolved. Although it's a case-by-case show there is some individual screen time about the characters about their lives outside of work, especially when it overlaps with the work (like when a serial killer is after one of them especially).
at November 13, 2012

I like Spenser on the show too. And I love Joe Montagna. He reads the Spenser (no relation) books on CD. Fine there too.