August 15 -- We didn’t actually go to the Legoland Discovery Center because it’s for older kids and is kind of expensive. But we did go to Potsdamer Platz and saw this cool giraffe Lego creation. 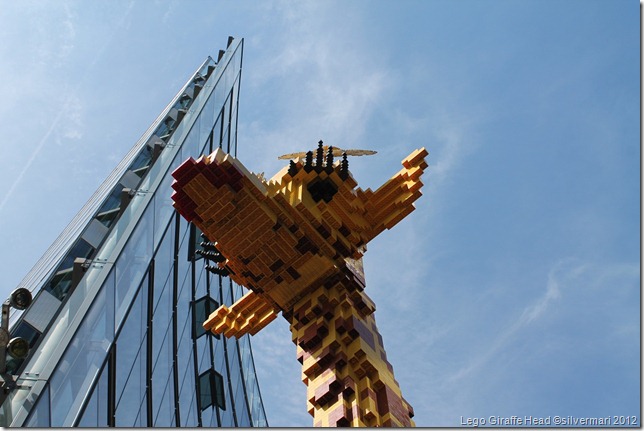 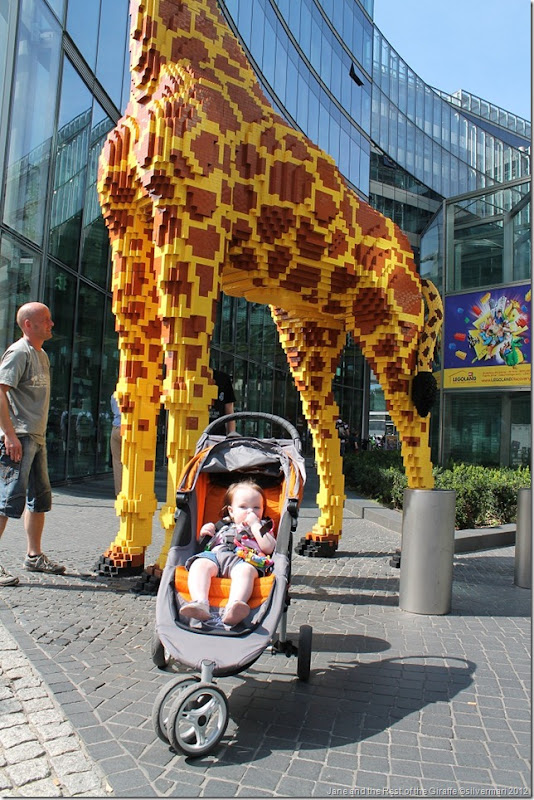 (I couldn’t get the whole giraffe in the photo without walking too far away from Jane, hence the head in a separate image … also, how cool would it be if that guy were wearing a “tag me on Facebook” shirt? Then I’d probably post this on there. HA)

My legs are killing me. I’ve been carrying Jane around on my back and front – the only real way to get around the subway system here. There really aren’t consistent elevators or escalators at all stations I want to go to (including Eisenacher Strasse, where I went to a kids second-hand store, Trollby). I know if I lived in a city that I’d adjust AND that I wouldn’t be trekking so far every day.

Hope you guys are doing OK with the weather!!!

Sweet no nap Jane didn't want to sleep through any of her trip to Germany.