Geaux Tigers and Go Pokes! Both teams remain undefeated this season. I flipped back and forth last night watching their games -- both on at 7 p.m. central on national television. The streets were full of screams and fireworks after the Tigers won -- it was reminiscent of election day 2008 in NYC when Obama won. NYU students don't get excited about sports -- they get excited about politics. Anyway. 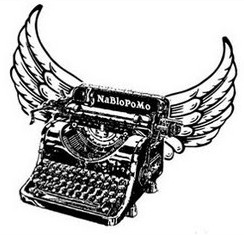 We watched the games on mute on our tiny TV. I'm not a big fan of the commentation, although our TV is so small it's not always easy to see how much time is left -- and when there's a penalty ... forget about it! Maybe someday we'll have a bigger TV. What worked in our studio apartment isn't as conducive to watching in a bigger living room. But it gets the job done and I enjoy many an hour of TV each week on it..

No writing prompts over the weekend -- it's for "free writing." One of the prompts I didn't use this week was this: When you are writing, do you prefer to use a pen or a computer?


The answer depends on what I'm writing. For note taking purposes, I'm a handwriter all the way. I can write much faster than type, at least in shorthand. But composing things like blog posts and emails, obviously typing is better. I like to hand write my letters and cards though.

Hair update: looks the same straight as it did before the haircut. It looks so long when straightened. At least no troubles with pony tails in the near future.
at November 06, 2011