Someone special is turning seven this week. SEVEN!

Lately his passions have included Mario Brothers and Transformers. I can't crochet a Bumblebee or Megatron, but after perusing Etsy one day I found something that I COULD crochet: a Mario Nintendo DS (like a Game Boy for us olds) cover.

My version isn't as great as the Etsy one, but I was able to use salvaged yarn from Gran. Mine looks wonky because the blue thread is thinner than the red. I'm hoping that his DS fits (otherwise I'll have to try again -- it isn't a project that takes very long to put together). The wonky buttons and velcro look like a crazy aunt made it -- TRUE! There's one pocket in the back for a DS game or two. 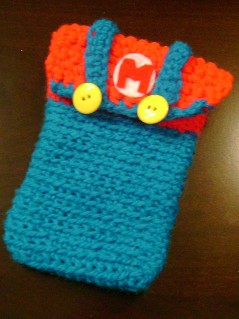 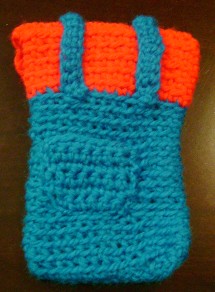 Ahem, did I ever tell you that I know the person for whom 'Mario' was named???