These are really random thoughts, and quantify just how much I need to get out more. Seriously.

Went to the gym today for the first time in ... months.

They have all new equipment, which is pretty cool. The ellipticals have plugins for iPods. Hilarity.

Of course I pick the day that they're having "club day" at the gym - the entire basketball court (all three regulation sized courts) were covered in tables and students signing up for this and that club or fraternity. There was even a line to get into the gym - but the actual workout areas were pretty sparsely populated.

On the walk TO the gym I saw a guy washing his SUV. For one thing, it's kind of rainy in NYC. For another, he was washing it WITH BOTTLED WATER. I swear, he had a case of water and was pouring a bottle on the roof. Maybe it was just rinsing off some bird poo or something from the case he had just purchased or something but it still made a crazy picture.

While I stretched I overheard a conversation by the fencing team coach and two captains - about some girl who probably wouldn't make the cut, and even if she did she wouldn't be allowed to travel with them. It was pretty weird.

Now I'm hungry and Fresh Direct doesn't come until tomorrow because I was lazy about placing the order. Groceries for the weekend and beyond though, so there's that.

I miss my that kid Owen! UGH. 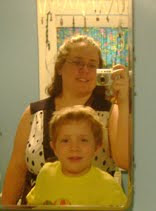 Well, you get points for going to gym! I hate it there. I hope you count the walk there as part of your workout too :) Who washes their car with bottled water? I mean, come on. :)