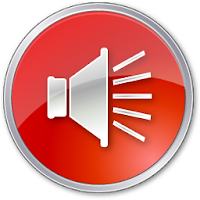 My hermit-ness knows no limits. I got out yesterday after work - just a check depositing and grocery store run. Before that I hadn't been out of the apartment since Monday - and that was a brief walk to Duane Reade after work.

So as I ventured outside I was more acutely aware of the sounds. This city is so LOUD, just like Owen Max says. The trucks, the people yammering - so many conversations at once.

Today the doorman buzzed me that I had a package. The buzzer is so obnoxious, loud and unexpected I nearly jump out of my skin every time it rings, even if I'm expecting a delivery. I go get the package - wahoo! It's my Amazon books I ordered (Trust Agents, etc.) ... I got an e-mail from Amazon TODAY that they were shipped, but when I checked ... they were shipped from NYC. And the box they were delivered in was a courier. I guess it's cheaper to pay someone to bike it to me than to go through UPS. Whatever, I'm happy to have my books for the plane ride.

Yep, we're on our way to Oklahoma and will be getting close by this time tomorrow. I'm pretty excited. We web cammed with Owen last night and he was pretty funny. I know he's going to have some great Kindergarten stories. And his swim birthday party is Saturday. Yahoo!

On my way back from picking up the package at the front desk I hit the wrong button on the elevator. I was so elated to get the books that I hit 5 w/o thinking. It's the first time I've done it and we've lived here for just two weeks, so not a big gaffe. But dummies unite, I guess. I did take the stairs the final 3 flights. The doorman told Shawn the new tenant moved into 5H today. I hope she's happy there and bedbug free!

Speaking of bedbugs, at the sex museum they even included a description of how bedbugs mate. It was thoroughly disgusting because come on, it's bedbugs, and interesting (a male can inject his DNA into another male, which will then impregnate a female with the first male's DNA - who knew?).

During webcamming I found out that my first cousin and his wife are coming to NYC while we're gone. They could have stayed in our apartment or something, but they didn't tell us they were for sure coming (there was some "maybe late August" talk this spring). The hostess in me (not the cupcake variety) feels gypped. (Wow, that's really a word that doesn't show up misspelled) I guess there's next time. Hope they got tickets to see Letterman like they wanted. I want to be always in the know people!

I learned how to lower the volume on the "home" phone. I still haven't received an actual call, and I'm up to 42 calls received. Oiy. I don't know if there's voicemail, although the cable guy seems to have installed some sort of software that may be related to VOIP and voice mail. But because I wasn't here when he installed the phone line I have no idea. I guess I'll figure it out after we get back from the trip.