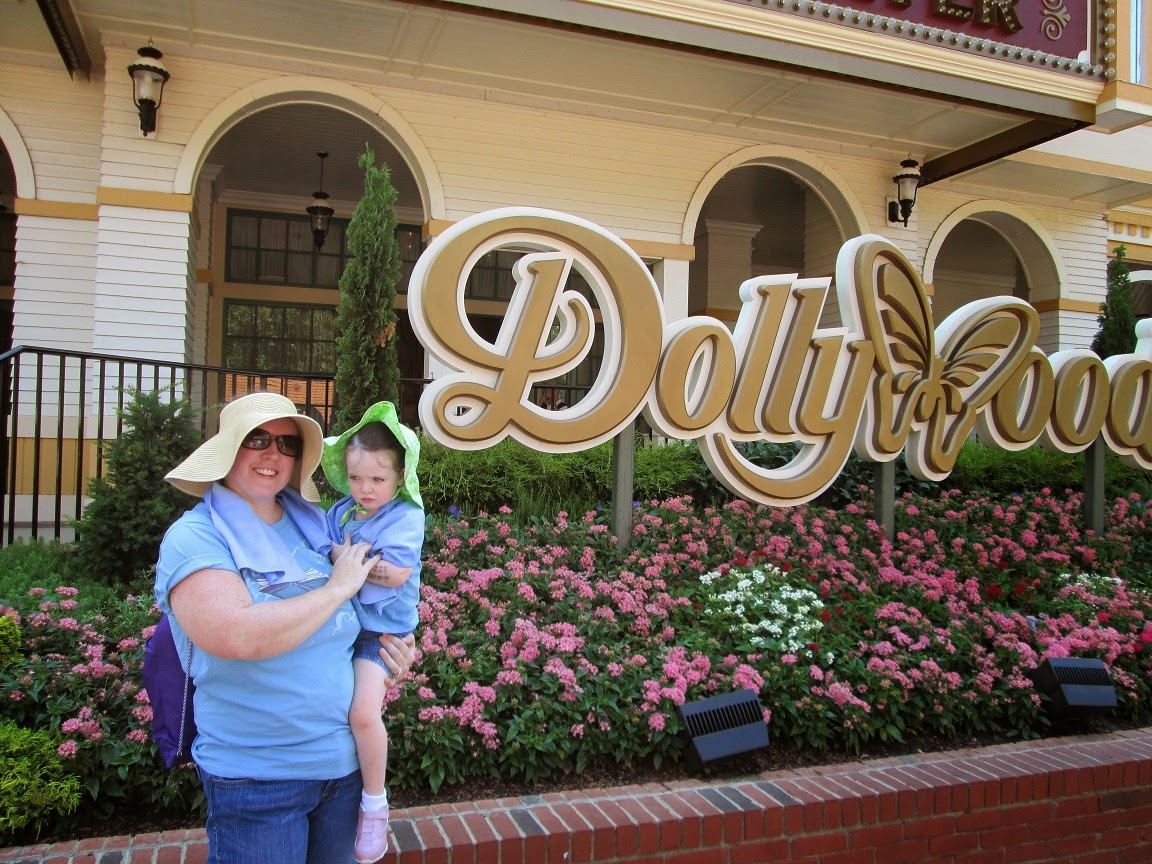 The highlight of our trip to Tennessee last week was our two days at Dollywood.

We bought a three-day, two park pass that included Splash Country. Jane was free because she's under 3, but it was still ridiculously expensive. We probably could have saved some money buying the tickets online even with the $16 processing fee. Live and learn. Also they say no outside food, but they don't check your bags (makes you wonder about security actually). I brought in some snacky foods for Jane but otherwise abided by the rules.

The first day we had Jane measured at the Central Measuring Station near the Showstreet Fountain. It was a good thing because it showed us which rides she could ride on (not that we would have attempted to let her ride on any she was too short for). But we also had her measured the second day, which was wholly unnecessary and actually wasted time that could have been spent riding on one or two rides. We arrived both days pretty soon after the park opened, so the lines were long for things like measuring and rides closest to the front of the park. 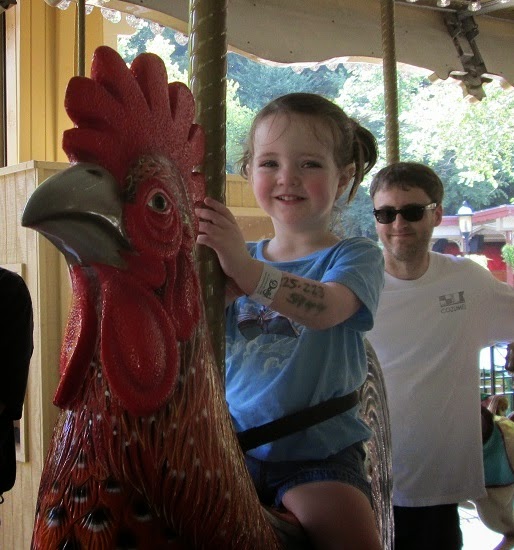 If you ask Jane now what her favorite part was, she'll say "the trolley," by which she means the tram that carried us from the parking lot to the front of the park. Silly girl! She did a lot of things while at the park: the Scrambler (she was way too small and it was too scary), the Lucky Ducks, the Busy Bees, the Piggy Parade, the Carousel (probably her real favorite, including getting to ride a chicken like Skeeter from the Dixie Stampede show), the Dollywood Express coal-powered train and the Rockin' Roadway cars.

We watched several shows, including two from the Imagination Library that were short plays based on children's books. Ladybug Girl and Bingo was our absolute favorite, and I think we should have gone to see it again. I bought her a copy of the book, and we've read it so many times I think I know it by heart! We'll definitely be checking out others in this series. We also saw One Cool Friend, which was good but not as good. We also really like the "I Am a Rainbow" theme song that's played at every Imagination Library show.

In our two days there we didn't even make it to the play areas. There's a playground and at least three water fountain/splash pad-like areas for kid play. And there were other rides she was big enough to try, although she was too scared of the Flying Elephants and we got rained out for the River Battle one. Both days I was packing her bathing suit, swim diapers, change of clothes and beach towel, but she didn't get wet either day (aside from some torrential rain just before we left for good -- we took shelter during a magic show so only our stroller got completely drenched).

My favorite part of the park was the Ladybug Girl and Bingo show, but my favorite ride was the Mystery Mine. I got to ride several roller coasters, because Shawn and I were able to go to the park sans toddler on Sunday afternoon. (Turning our three-day ticket into four days effectively because if you go to the park after 3 pm your next day is free.) I hadn't been to an amusement park since college, when I went to Frontier City with a friend and we wrote about it for our college paper. (I was able to find it in the archives but not an easy way to link to it. A little too embarrassing anyway, but fun.) I'd forgotten how awesome roller coasters are. Wheeeee!

Gatlinburg and Pigeon Forge were great for a family vacation, and there was plenty for a toddler to do. Everything is quite touristy, but not in a bad way ... especially when you're a tourist! I'm not sure if we'll go back, although Jane is already talking about how she'll be bigger when we do go back and she will want to ride on the Flying Elephants.