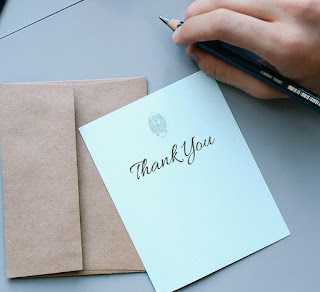 This is a terrible thing to b*tch about, but it's been irritating me a great deal. And what do I do with irritating things? Complain!

Jane's at an age where she's being invited to birthday parties for her classmates. If it's in our ability to attend we usually do. We missed one the weekend after Livia was born, but otherwise Jane has gone to the parties she has been invited to.

We always take a gift, and I don't mind giving a child a gift for his or her birthday. In fact, it is a pleasure (usually) to pick out something with Jane's help - either at Target or on Amazon - that the friend will like.

What I don't like is no acknowledgement of the gift. And that seems to be standard here, even among the people who insist on "yes, ma'am" and "no, sir" and their children calling me "Ms. Mari" (which I'm getting used to but still don't care for that much). The thank you notes we have received have been from families who aren't from the South originally ... curious, right?

I don't need a thank you note -- although those are certainly nice, and we send notes for every gift we receive. (If I've failed to send you a note for a gift call me out on it!) What I would like is a "thanks for X" either from the parent or kid.

Part of the problem is the elaborate parties at rental places. So much fun for the kids and easy for all the parents, but it doesn't leave time to open gifts during the party. (It would be completely acceptable to me for a hearty "Thanks!" upon opening the present as it's tossed in a pile, but that can't happen if the presents are opened after the party.)

Shawn was at Jane's school for show-and-tell when one of the kids showed a gift he received at his party. The teacher asked him who gave it to him and he didn't know (completely understandable since he's 5!). But Shawn knew since it was what we gave him. I'm so glad the kid liked it, and at least I got to know that, which should be enough.

It is such an ungracious thing for me to gripe about. Seriously -- what's ruder than complaining about other people being rude?! Not much. Maybe bragging about how I do things "right"? Read on, friend. Read on...

After our baby shower I sent thank you notes for the gifts we received. Pretty standard fare, and all the people at our shower were members of our Sunday school class, average age of 70 I'd say (excluding us and the other mid-30s couple). So I would think they would expect the social nicety of an expression of gratitude. EVERY SINGLE ONE thanked me for my card and were surprised to receive more than our verbal thanks at the party.

So what's the deal? Do they not "do" notes here in the South? What about monograms and stationery and that kind of thing? Thank you notes, Christmas cards and birth announcements (going out this week, finally!) are the last bits of real mail I send out, and I relish doing it. Am I just an anomaly? Raised in a different culture? Just my family's emphasis on the importance of expressing gratitude with written thanks?

Whatever it is I'm going to work to make it part of Jane and Livia's culture and carry on my family tradition!
at May 07, 2016

Thank you for the lovely article on gratitude and manners.