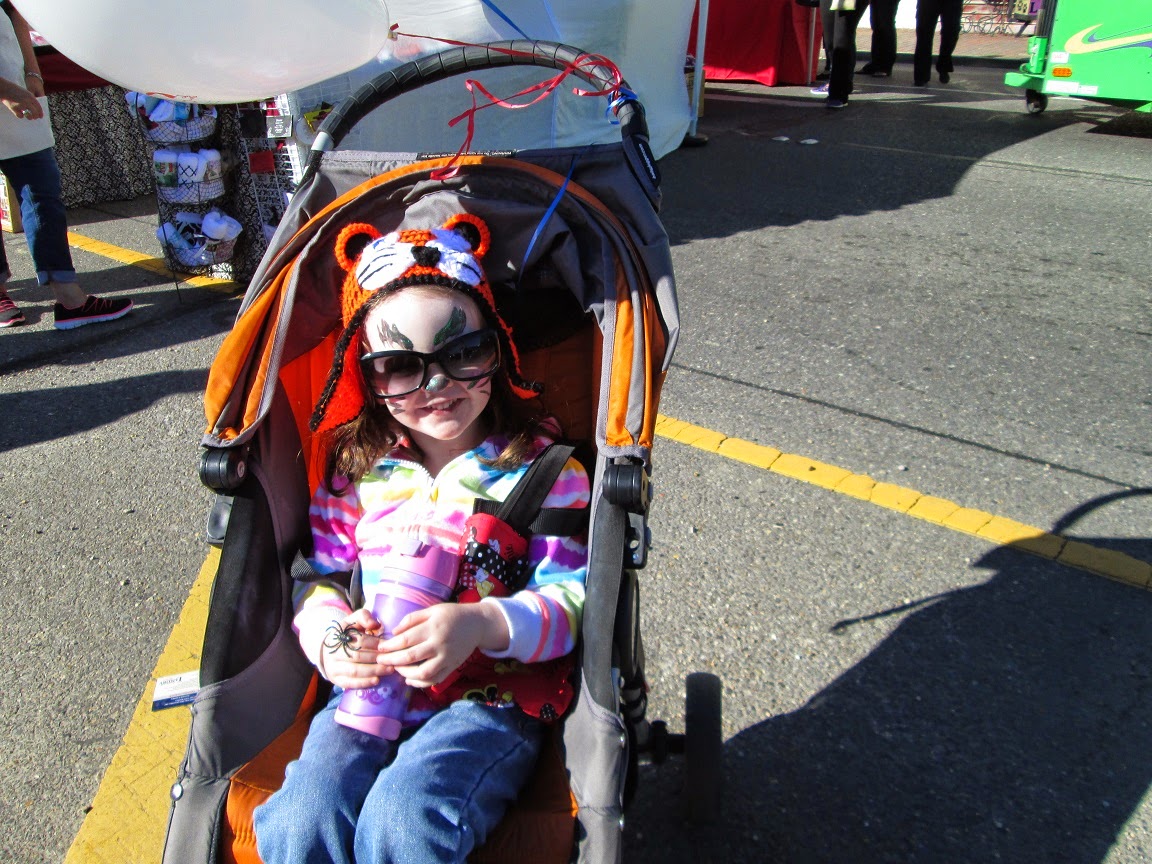 Rookie mistakes all around. I hope we can get the glitter out of the car with a lint roller and/or tape. Any other ideas? I'm so worried about some getting in her eye and scratching it somehow. So far it hasn't, but I'm always worrying about the worse case.
at October 05, 2014