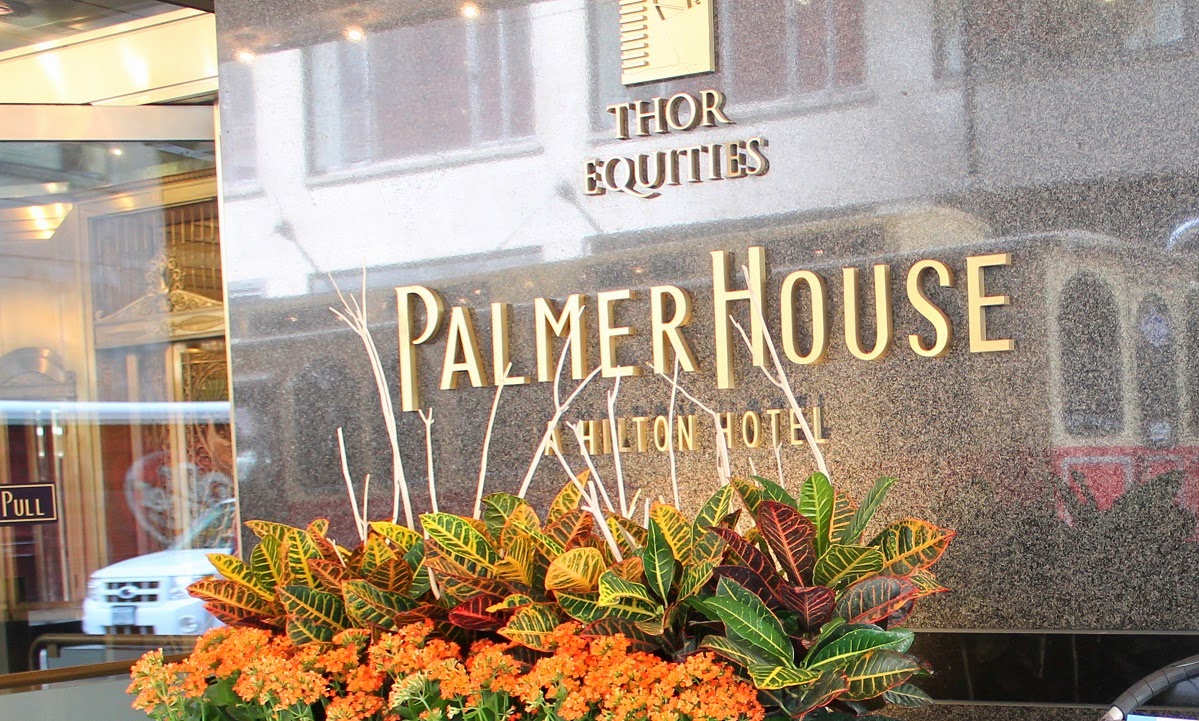 We stayed at a posh hotel in Chicago but it was actually a less comfortable stay than when we're at a mid-range business style hotel. I think that says something about us but also about the hotel itself, which caters to high-end clients and is a bit dismissive of anyone in steerage. (There's a separate hotel-within-a-hotel for the high-rollers.) Also this hotel didn't have coffee makers, fridges, etc. and those things make staying in a hotel with a toddler much easier.

Our room was fine -- nice fixtures and attractive enough with plenty of space for a king-sized bed and pack-and-play. But around the edges as a little worn. The door to the bathroom had splinters of paint coming off it. The tub drained slow. The mirrors had fingerprints that never were removed -- and they were way too high for any of us to have made unless Shawn or I stood on the desk, which we didn't. Eventually I stopped wishing for access to Windex and paper towels! The ironing board was attached to the inside of the closet door and made a big racket every time you opened it. Just little things like that -- lack of attention to detail.

The worst offense though was the hallway. Other guests would put trash and room service items outside their door and they would stay there for a long time -- like up to a day. So aesthetically unpleasing sure, but painfully annoying to walk past multiple times per day with a curious toddler.

High-end hotels charge for Internet of course, but thankfully we got our wifi free with the conference. Unfortunately it was pretty crappy wifi. It died completely for a few hours and then I had repeated trouble with the connection to my computer right when I needed to do a bit of work for the church. Typical. Troubleshooting via phone routed me to an off-site person.

The hotel was huge, and so being down in the lobby or street level we were overwhelmed with the noise every time. It seemed louder in there than it was even out on the street. The hotel is located very close to the El train, and you can hear it in the room. But eventually it just became part of the background. I liked it because it gave us a real city vibe.

There are a lot of doormen milling about, but they weren't very helpful to me. I think we had the door opened for us only once and usually I had to do the pull-the-stroller-in-backward-while-I-hold-the-door-open-with-my-butt move on the non-handicap entrances.
at July 15, 2014